Biography of the Drone / Funeral Doom project The Cold View 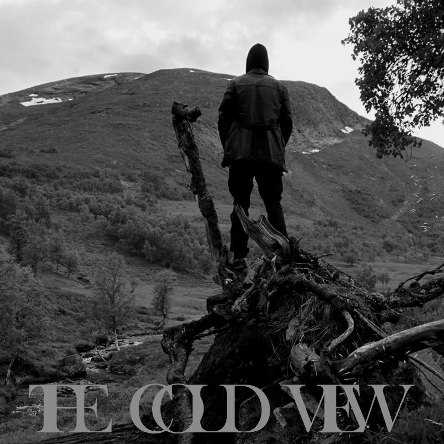 The Cold View is a Funeral Doom project from Germany. The sole protagonist A.A.S. started creating the project at the end of the year 2011. The name of The Cold View derives from a philosophical concept of Friedrich Nietzsche that describes a sober and cold view onto the things in the world.

A.A.S. started working on the first song in November 2011. There was the concept of creating a winter album by writing and recording one song per winter month. The goal was to capture personal experiences and emotions as well as experiences of nature of the particular month. Nature was taken as imagery of nostalgia, longing and melancholy, but also as reflection of the darkness in life. The debut record Weeping Winter got released as a free download digital release. The Cold View got very positive feedback from Funeral Doom fans, some good reviews and in the end over 3000 downloads from 48 countries of the world in less than one and a half year.

Less than two years later GS Productions re-released Weeping Winter as CD digipak including an exclusive bonus track. The Cold View recorded the bonus song Severe Season in May 2014. The song is the retrospective of the songs of the first album.

In January 2014 The Cold View started working on the second concept album Wires of Woe, Ways of Waste. After the first album being from a very personal perspective A.A.S. now wanted to take a more neutral view onto the world that influences human existence. No ego perspective in the lyrics, just a cold view unto the things. Speaking of the songs, the compositions and sounds got more complex for the new one, but also more experimental. The second album is dealing with the coldness of the materialistic, technocratic, egoistic mankind. Wires of Woe, Ways of Waste was finished in April 2014. Like every The Cold View recording mixing and mastering took place at Blockstudio in Berlin. The album was released by Endless Winter in July 2014 as CD digipak.

In late summer 2014 Drone Fans got surprised with a song from a collaboration with the legendary Doom band Pantheist. While they were working on their new record, band leader Kostas Panagiotou was writing the concept story for the album. Each chapter of the story called "Events" is accompanied by a song. The Cold View was asked by Kostas to contribute some Drone guitars for the third chapter song Warping the Space-time Continuum.

End of the year 2014 it came to the cooperation with the French Funeral Doom project Abysmal Growls of Despair. The longest song in the history of The Cold View got created for the split release with the title Songs of Deepest Skies. The 32 minutes long song Sky of Sorrow features no synths, but acoustic guitar and the unique use of effects. The song turned out to get an attention sign for varied and special Funeral Doom. The label Frozen Light took care for the appropriate noble publication of an A5 CD digipak in June 2015.

With the third album Wounds the final chapter of the album trilogy got finished in the second term of the year 2016. The album deals with the emotional injury and healing of a human being. The first two albums took a personal and a neutral perspective. Now the cold view is directed to outwards to the fellow human beings. Musically and compositionally the 6 songs of the third album are the most dynamic works of The Cold View.

The 4th album Born Banished Beaten Broken Buried was released in May 2019. This time, mixing and mastering were taken over by Greg Chandler (Esoteric), which benefits the sound noticeably. Like on the third album Wounds there was no use of a drum computer anymore, but real drums were recorded at Blockstudio in Berlin. The artwork was created by Northem Art, who has captured the mood of the music perfectly. Musically, a progression in dynamics, rhythm and speed is obvious. Thematically, the album deals with existentialist questions, with questions about life and death, loneliness and the pain of existence.